a female business force to be reckoned with

Master of Business Administration (MBA), the University of New Brunswick in Canada,

Armed with an MBA from a top Canadian University, as well as international exposure, Ms. Gosa joined the iconic South African founded and now global investment bank, Investec Bank in 2000, as a sell side analyst.

Within less than a year, her clients in the fund management industry rated her amongst the top in her sector of coverage: telecommunications. She still credits the entrepreneurial culture of Investec Bank for unleashing her own entrepreneurship journey which she embarked on in 2003 and never looked back. 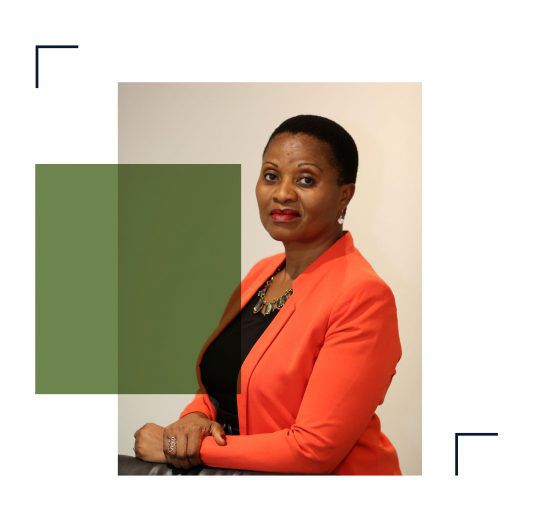 She was instrumental in the merger of the two to form ICASA. She credits the experience of helping to establish this authority for providing her with invaluable experience in organisational start-ups. An experience that naturally came in handy in the start-up phase of Akhona Group.

Ms. Gosa was one of the Commissioners of the first National Planning Commission that drafted the National Development Plan – South Africa’s master plan to economic growth and Vision 2030. The Commission was made up of what is still regarded as an “A-Team” of some of South Africa’s greatest minds, comprising leading academics and business experts.

At the time, former SA Finance Minister and later Minister in the Presidency, Trevor Manuel, was the Chairman, and the State President (then a top businessman) Cyril Ramaphosa, was the Deputy Chairman.

Serving as a board member on multiple boards

Ms. Gosa has extensive experience of governance, having served as, or in some instances still serving as a member of a multitude of boards of best-of-breed organisations such as AON SA, Broll Property Group, SABC, Investec Asset Management, JSE listed Verimark Holdings, ArcelorMittal South Africa and Hulisani Holdings.

She also sits on the Advisory Board of the Mining Indaba, as well as the Board of the Southern Africa-Canada Chamber of Commerce. In addition, in May 2018, Ms. Gosa was appointed as Chairman of the JSE-listed Verimark SA. She is furthermore a long-standing member of the Institute of Directors of SA.

In addition to serving on the National Planning Commission, as well as being one of the founding members of SA’s first telecommunication regulatory authority, Ms. Gosa’s public sector experience includes serving as an Investment Committee Member of the National Empowerment Fund, as well as Chairperson of the Gauteng Liquor Board. She regards her public sector stint as necessary public service that we all owe our country.

Winner or nominee of multiple business accolades and awards

A long-standing member of the Institute of Directors of SA, Ms. Gosa has been a recipient of a number of awards, including: an award from the Association of Black Securities and Investments Professionals (ABSIP); the Black Management Forum’s Gauteng Branch; a nomination for the Most Influential Women of SA Awards, as well as first runner-up of the Women’s Property Network.